A review of my cat Snacks

We landed on the name “Snacks” well before we had a cat—or even agreed to get one. Pet nomenclature is a matter of some gravity, even if the name is meaningless to the animal.

Human names are completely innapropriate. Imagine a cockatiel named “Hartley” or a schnauser named “Marybeth.” Disgusting. Cross-species naming should be avoided also. Don’t name your dog “chicken.” It’s not cute, and it suggests to others that you may be deficient in intelligence or taste. The naming of cats in particular (not to be jellicle about it) requires somewhat more care; I am now certain that a cat does understand its name and will use that knowledge to mess with your head.

Snacks would turn out to be a domestic shorthair with a tuxedo coat. Though she dresses like Diane Keaton, she lacks the actress’s confidence and verve. When Snacks first emerged from her carrier, she scurried for the nearest corner and stayed there, unmoving, for four days. Snacks is the proverbial ’fraidy cat.

Snacks is also a vocal cat, which I like because I am a pretty vocal cat myself. She has a chiptuned squeak of a mew, which can signal “hello,” “excuse me,” and “when’s lunch?” Now, in spite of her dope and carefully considered appelation, Snacks isn’t much interested in light, intra-meal fare. She cares only for hearty globs of the wet stuff, and will eat as much of it as she can get. Every now and then, she’s convinced me to feed her after she’s already been fed. Snacks is a little bit greedy.

I am loathe to bodyshame my pet, but she’s a chonkers. It’s pointless to deny it. It’s not just the primordial pouch; she thicc. This would not be an issue if Snacks was active, but she is perhaps the most sedentary cat. She does not play. She has rejected most of the toys procured for her. She will feign interest in a particular rainbow-colored ribbon of felt, but only for a moment, and you must deliver the swirling ribbon to within inches of her paw. She’s not about to come to you.

Impressively, Snacks will chase a ball and retrieve it! But after a few rounds, without realizing it, you will find yourself playing game of fetch with yourself; demonstrating how to collect a foam ball to a cat who has long since moved on. 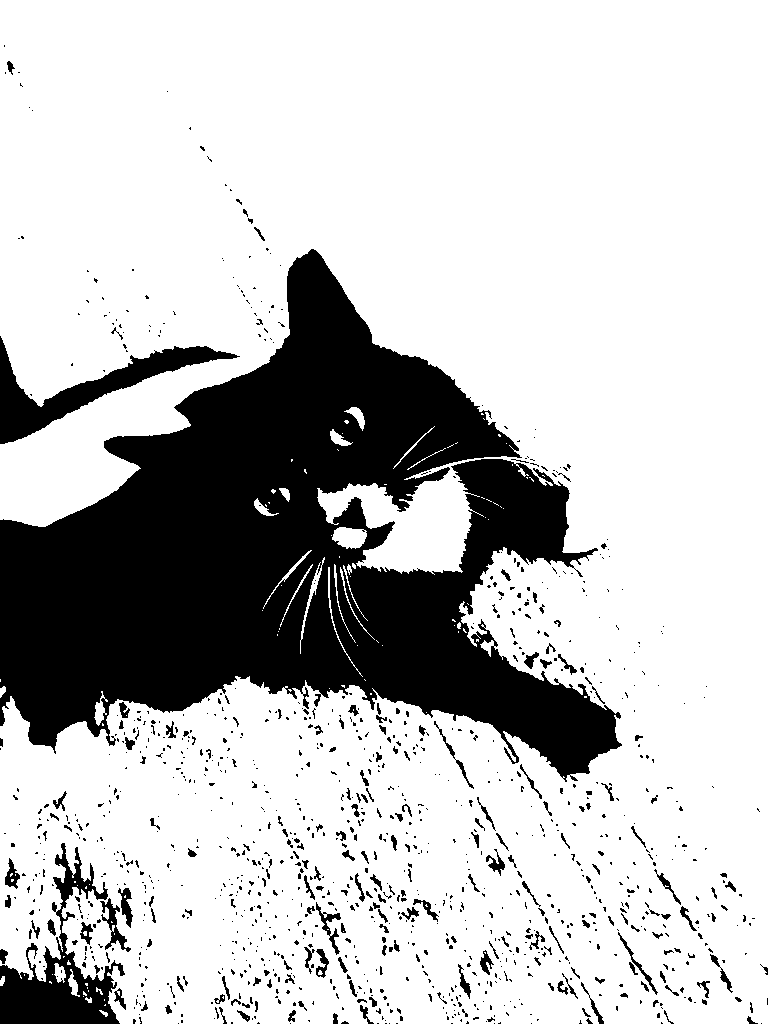 You can’t push her too much. Snacks tolerates one new idea at a time, and she has taught me to be more methodical in my approach to living things. With patience I unlocked the precise sequence of long strokes along her back that makes Snacks melt into a feline puddle on your lap. (Provided it’s before 11am. In the afternoon she’ll be skeptical, and by twilight she’s downright surly.)

Nevertheless, Snacks has persisted. She has grown from the nervous nelly who rounded every unknown corner with dread so many months ago. Snacks’ pattern is not too far removed from the human condition: a journey from abject fear, through trepidation, occasional ennui, doses of mindless consumption, and ultimately, to the warm surrender of familiarity and love.